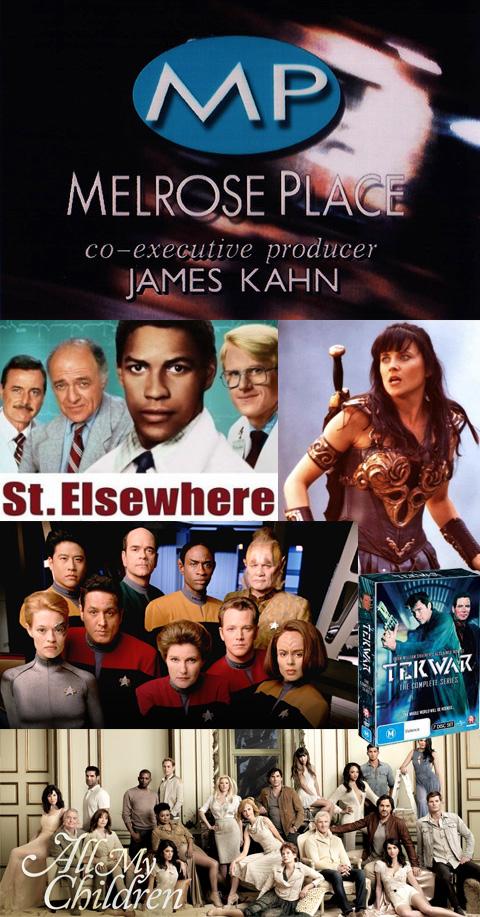 In 1978 I wrote a spec feature script titled Code Blues, based on my experiences working in the emergency room at LA County Hospital. It was very like the TV series ER, only 20 years too early. Nobody bought it, but as a writing sample it got me my first two TV gigs – first, to write a single script for the ground-breaking medical series St. Elsewhere, and then as a staff writer for a one-season sit-com called E/R, starring Elliott Gould and Mary McDonnell as ER doctors and a young George Clooney as a wise-cracking orderly.

That led to being head writer on another short-lived medical series, Family Medical Center, a 30 minute five-day-a-week faux docudrama set in a medical clinic. We did 167 episodes that year, and I either wrote or co-wrote all of them. Made it out alive, but barely.

I did a lot of shows over the next ten years, some popular, some not so much. An unaired Norman Lear production, The Storyteller; a pre-X Files supernatural investigation thriller called Beyond Reality; a future-cop adventure titled TekWar, based on the William Shatner novels; another medical series, Medicine Ball; a single script for Xena: Warrior Princess, which thrilled my kids, who were devoted fans of that show; and a produced-but-never-aired animated pilot for Disney TV, Bruise Black, about a kung-fu bunny.