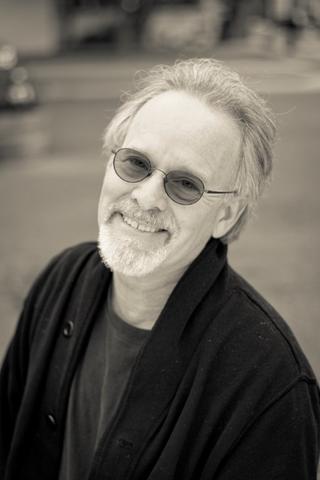 I’ve loved writing since the age of nine, when I would read Amazing Stories and Tales From the Crypt, and rewrite the endings on my 3-ring binder notebook paper, in ballpoint pen. And I’ve loved making music since my first guitar lesson at age twelve. I combined the two loves when I was fourteen, and wrote my first song. I was the class clown, too, always telling jokes. At some point I realized all these efforts amounted to the same thing: What I was, was a storyteller.

I got my first short story published in Playboy magazine when I was still in college, about a Chicago mailman who gets stuffed into a street corner postal box by some gang members, locked inside for a few hours. Loosely based on a true story, actually, it almost happened to my cousin, Doug.

The last thing I was ever going to do was be a doctor. My father was a doctor. On the other hand, I couldn’t imagine ever making a living by writing. Naturally I went to medical school. I was a science nerd, and because my father was a doctor, with his practice in our house, I was steeped in the texture of that life, it didn’t seem particularly daunting. In addition, the other thing I’d always wanted to be, aside from a storyteller, ever since my days poring over Amazing Stories, was a sorcerer – and it seemed like medicine was the sorcery of our time. Wrestling with Death, pulling people back to the land of the living after they’d already crossed over. It felt magical, as well as a serious way to test my mettle.

I went to the University of Chicago, getting immersed in the stuff of doctoring. The intricacies of the human body were way more fascinating than I’d anticipated. Battling disease, saving lives, caring for hurting, vulnerable people – it was exciting and gratifying. I graduated in 1974 and did an internship in Internal Medicine at the University of Wisconsin, Madison, which was the most intense, exhausting, wonderful, awful, all-consuming experience of my life. Too all-consuming.I realized that if I were to become an internist, I’d be treating patients all day, being on call all night, running into the hospital at 3 a.m. Admirable, but missing the pieces of my life I’d left behind: writing and music.

I became an ER doc partly so I could schedule some time off to pursue my other interests. In the ER you were never on call. When you were working, you were working hard; when you weren’t working, you were really off. Not having to be available day after day, week after week.You could work hard for days at a time, then play hard for days, as well. And of course it was full of drama, high stakes, medical sorcery, and all the strange and poignant paths we mortals take. It was funny, horrific, unexpected, heroic, tragic, ridiculous, futile, baffling, startling. The whole enchilada.

I married Jill Littlewood, a collage and paper artist, and did my residency at USC/LA County Emergency Room, the biggest, baddest ER in the country.On a busy day close to 1000 patients passed through its doors. I finished my residency at UCLA, and then went to work as an ER doc at various hospitals around LA.

But I also scheduled enough free time for myself to do other things I wanted:I became a father, made music with friends, did some writing. I began publishing novels – science fiction, murder mysteries – and then in 1981, Hollywood struck. Kathleen Kennedy called the front desk of the ER I was working, to ask if anyone there could help her figure out how to resuscitate an alien in a movie she was producing.I went to Laird Studios, along with a number of other doctors and nurses from our ER, where we did the technical consulting and worked as extras on ET: The Extraterrestrial. We couldn’t save ET’s life, but don’t worry, he came out okay. While there, I made the acquaintance of Steven Spielberg, and gave him a copy of my first science fiction novel, World Enough and Time. He liked it well enough to assign me the writing of the novelization of the other movie he was doing at the same time, Poltergeist. I wrote it under the gun, in a month, and that was the beginning of my Hollywood career.

I went on to novelize several more films. The first was Return of the Jedi. Spielberg had appreciated the job I did on Poltergeist, so he recommended me to George Lucas for that one. ROTJ was obviously a huge film, and my novelization of it was not only the best-selling book of 1983, it was the only book ever to be #1 on the New York Times Bestseller list in paperback and hardcover at the same time. (Woo Hoo!) That led to novelizations of Indiana Jones and the Temple of Doom, The Goonies, and Poltergeist II.

I wanted to branch out, though, so I started sending out spec scripts to television shows. The first sale I got was to a great old medical series, St. Elsewhere. That script got me a job on a sit-com titled E/R, with Elliott Gould – on which I created a character named Ace the Orderly – played by a very young George Clooney (actually 22, playing 16).

For the next 20 years I wrote for, and eventually produced, a lot of TV shows, culminating with being Co-Executive Producer on Melrose Place, the big nighttime soap opera of the ‘90’s; being a Supervising Producer on Star Trek: Voyager (though I think my Xena: Warrior Princess script gave me the most cred with my kids); and writing for All My Children the last year it aired on broadcast television.

Following that I decided to dive back into one of my early passions – singing and songwriting. I’d always wanted to record, so I linked up with music producer David West and spent some years doing 4 CD’s of original material. The official genre is Americana, but really it’s a combination of folk, blues, and country. David got some of the best musicians around to back me up and make the results sound amazing. Gabe Witcher on fiddle, Matt Rollings on piano, John McFee on pedal steel, among others – I was blessed to be elevated by this crowd. My first CD, Waterline, is mostly heartfelt folk music; the second, Man Walks Into a Bar, is a concept album with each track about one of the people in this bar one night; the third, Instrumental Scenery, is an instrumental remix of the first two; and the latest, The 12th Elf, is kids’ songs, many of which I wrote for my own children as they were growing up.

Most recently I produced my first feature film, The Bet, with an organization I helped found, the Community Film Studio of Santa Barbara. CFSSB is a non-profit, community-based film studio, modeled on the template of community theater – but instead of doing local stage productions, we make feature films. The Bet is a kind of teen rom-com, coming of age movie, made with an all volunteer cast and crew, mostly amateurs, and it looks like a Hollywood movie. In fact it won the Best Feature Film award at the LA Femme Film Festival in 2013.

This year has seen my old science fiction books, the New World Trilogy, re-issued: World Enough and Time, Time’s Dark Laughter, and Timefall (in the fall of 2014). In addition, a new reincarnation thriller novel, Incarnate, comes out at the end of 2014. The next phase of my creative life is all about novels, feature films, and music. And who knows what, after that.